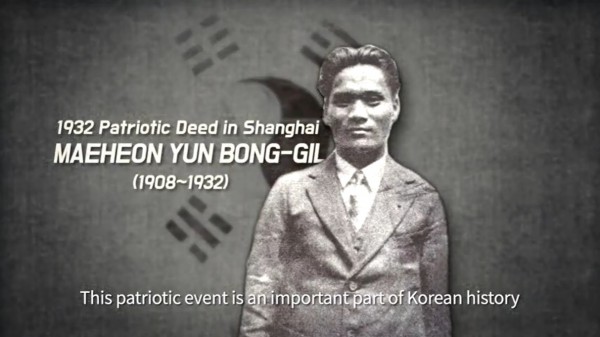 Maeheon Yun Bong-gil and his patriotic actions in Shanghai (1932) played a significant role in the history of Korea’s independence.

This video shares the story of the events that transpired in Shanghai, as well as a brief background on Yun Bong-gil’s selfless contributions to his country.

For those who are interested in learning more about this young patriot, his life is well documented at the Maeheon Yun Bong-gil Memorial Museum, located at Yangjae Citizen’s Forest in Seocho-gu (district) of Seoul in Korea.

Our support and interest in Yun Bong-gil is what will keep him forever alive in our hearts.